Beyond the Resolution Barrier

Aqueti invents and builds supercameras. We envision them as a platform for unlimited possibilities. For safety, security, and surveillance. For creating and sharing knowledge. For immersion in the media they produce and the analysis of data destined for a multitude of purposes. We create sophisticated computational imaging systems in which the camera functions as a core tool to create the media that can be processed and stored until the time is right to use it. And we invent the software and hardware that can translate and transport the data on its path to its end use – which can sometimes be just an awe-inspiring image.

Our scientist co-founders – innovators in computational imaging, processing, electrical and computer engineering – developed the technology that would become the foundation of Aqueti at Duke University, where they successfully built the world’s most compact gigapixel camera. In 2012, they founded Aqueti, a privately held startup headquartered in Durham, North Carolina. Our mission: to continue refining high pixel count cameras and their integrated software to achieve the highest resolution possible in a compact, elegant solution. At Aqueti, we’re not just reinventing resolution. We want to change the way people think about cameras. Our vision: Anywhere you see a camera, it should be an Aqueti camera. 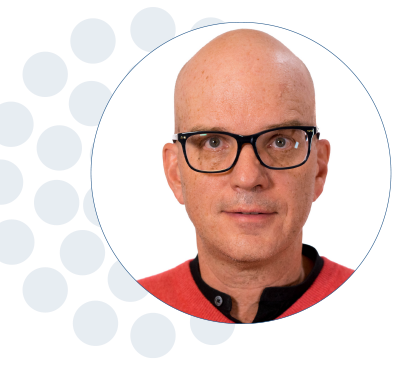 David Brady drives the mission of Aqueti to build the finest high-resolution array cameras on the market. As the J.W. and H.M. Goodman Endowed Chair in Optical Sciences at the University of Arizona, his work focuses on computational imaging. David Brady led the joint Duke University and University of Arizona team that built the world’s first gigapixel camera in 2012. His subsequent work has focused on reducing the size, weight, power and cost of gigapixel cameras while also improving depth of field, color fidelity, frame frame rate and other measures of image quality. Brady’s current work focuses on aperture synthesis and interferometric super-resolution techniques to continue to push the physical limits of optical sensing. His lab relies heavily on artificial neural networks for camera system control, data management and image estimation. He has also pioneered compressive tomographic imaging systems for efficient hyperspectral, high frame rate, x-ray and millimeter wave imaging.

At Aqueti, Steve oversees the development of next generation imaging systems, storage architectures, and applications for gigapixel scale video applications. His research focuses on developing efficient data management strategies for imaging array systems and joint optimization of the processing, storage, and communications architectures for efficient data readout and display. Previously, Steve joined the research staff of the Duke University Visualization Technology Group (VTG) and the Duke Imaging and Spectroscopy Program (DISP) in 2001 bringing his expertise in electronics, computer hardware, hardware/software interface, and programming. He became involved in projects related to computational imaging, distributed sensor networks and large visualization environments. This work led to his joining the AWARE gigapixel camera project at Duke where he intersected with his future co-founders of Aqueti. Steve organized the diverse research teams across multiple companies and academic institutions involved with developing the camera, and eventually helped to develop the strategy to transition the technology for commercial development. Steve received his Master of Science degree from the University of Arkansas. In his free time, Steve stays on the go being a soccer dad to his boys and playing soccer himself.